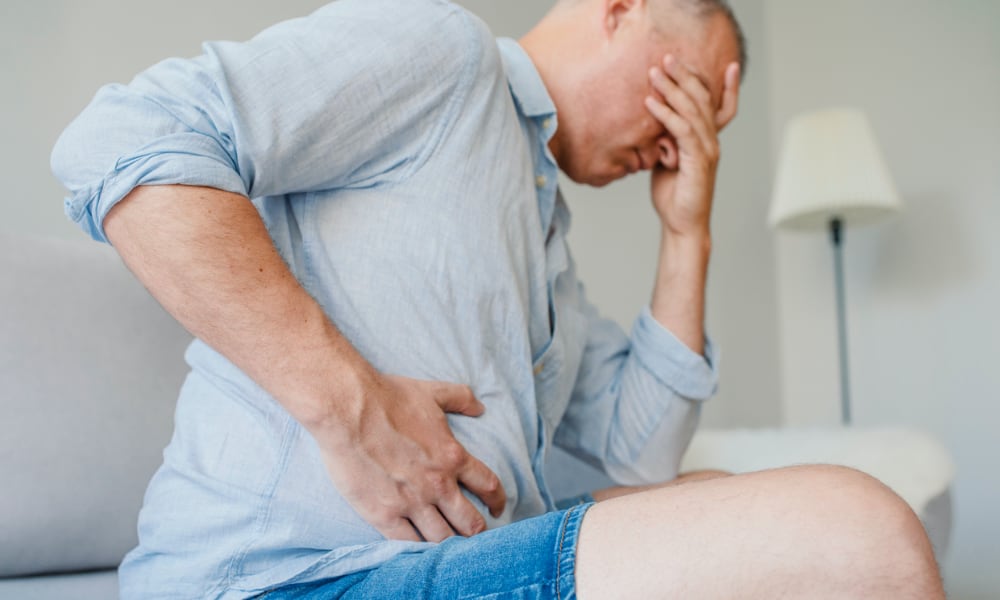 Unfortunately, there aren’t always clear warning signs or symptoms of colon cancer. In fact, The problem with waiting on symptoms to occur is that some people never have symptoms. Symptoms often occur during later stages making effective treatment less likely. That makes colon cancer screening essential to reduce the number of cases of colon cancer.

One of the earliest signs may be a significant change in bowel habits. If you suddenly become constipated regularly, or you experience frequent diarrhea, these could be early signs. Other changes in bowel habits that may be noticeable include blood in the stool or bowel incontinence.

Other warning signs to note are unexplained anemia, extreme and frequent fatigue, unintended weight loss, and other GI problems such as vomiting, nausea, or abdominal pain and cramping. Even if you’re only experiencing one or several of the above symptoms, if they persist, it’s wise to inform your physician about your symptoms and make an appointment. If colorectal cancer is caught early, it has a much better chance of being treated.

Can I Prevent Colon Cancer?

Many risk factors contribute to being diagnosed with colon cancer, but some of them are behavioral in nature. For example, genetics plays a role- those of Ashkenazi Jewish or African-American descent have a greater risk of colorectal cancer. But, what patients can do, is to be aware of their family history and inform their physician of any first-degree relatives who have had colon cancer, polyps, or inflammatory bowel disease (IBD).

Being overweight/obese, smoking, drinking, and leading a sedentary lifestyle are all strongly linked to colon cancer. Patients are advised to eat a diet full of fiber and leafy greens, exercise regularly, quit smoking, and curtail drinking. Red and processed meat consumption are also linked with colon cancer development, especially in women.

If you are able to catch colon cancer early, it has nearly a 90% survival rate. Unfortunately, the further it progresses without being treated, the harder it is to address (stage III and IV have only a 12 percent survival rate). This is why it’s so important to know the early signs of colon cancer and to schedule regular screenings.

The American Cancer Society suggests that every adult 45 and over schedule a colonoscopy with their provider. Colonoscopy is the primary way to detect colon cancer. It is also an effective way to prevent colon cancer.

Colon cancer begins as polyps, which can appear both in the colon and rectum (thus, the term “colorectal”). As the doctor uses the colonoscopy to detect cancerous or precancerous polyps, he or she may also remove any polyps. Removing the ones that are benign prevents the risk of cancer returning. Spotting changes in the early stages helps prevent the progression into later stages of colon cancer. This is in part why scheduling your colonoscopy is so important. Early detection truly saves lives.

Don’t wait to be screened for colon cancer or to speak with a physician. contact the Gastroenterology Consultants of Savannah to make an appointment.