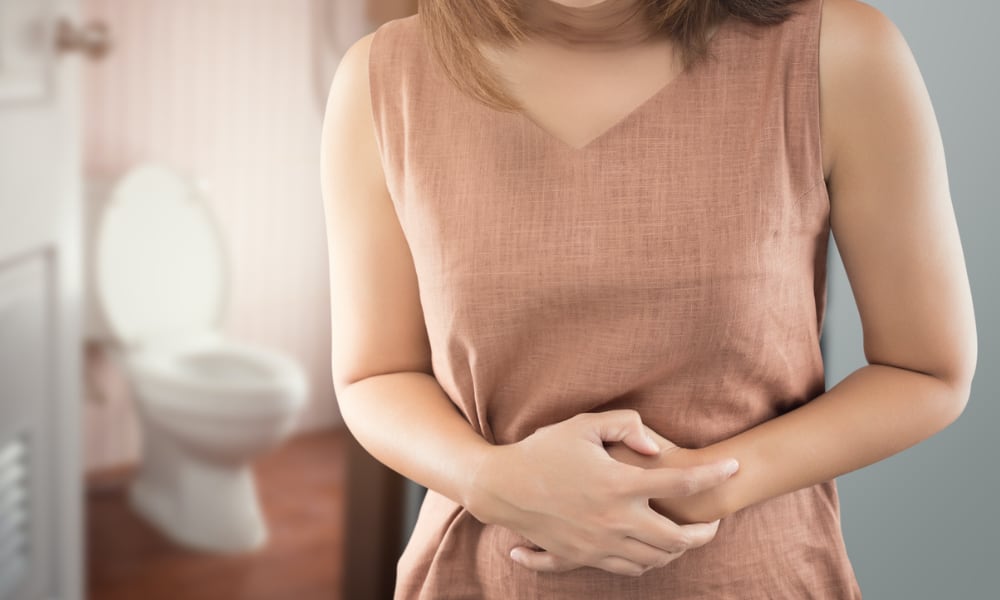 Fecal impaction is the kind of medical condition that is rarely serious and yet can be truly unpleasant. It is also more common than you might think, especially because of its relation to one of the most common gastrointestinal disorders of all: constipation. The good news is that there are many different ways to treat it and to prevent it in the first place.

How does digestion work?

Understanding fecal impaction begins with understanding digestion in general, and that process starts at the mouth with the consumption of food. The combo of chewing teeth and saliva cause the food to be mashed into a pulp (called a bolus) that can be more easily swallowed; the tongue then pushes that food bolus into the esophagus and passed the epiglottis, a flap of tissue that covers the trachea to prevent choking.

Finally, whatever is left over is passed as primarily waste product in a mostly liquid form into the large intestine (also known as the colon); it typically includes undigested food, fluid, and discarded or damaged cellular material. While passing through the colon, the majority of the water is absorbed and solid stool begins to form. In a normally-functioning digestive tract, the stool is fully formed by the time it reaches the sigmoid colon, which is the final segment before it is passed through the rectum.

What is fecal impaction?

In a healthy person as described above, the stools (also referred to as feces, the biological term used outside the medical community) pass out of the anus cleanly and the colon is voided until more digested material makes its way through the digestive tract. But in a person with fecal impaction, a hardened and immobile bulk of stool remains in the colon or rectum; the contractions of the colon that normally move stool along are unable to dislodge the impacted mass.

Fecal impaction (FI) is a relatively common condition in the United States, particularly among the elderly. It is most common among older people who are under care in a nursing home or in the geriatric ward of a hospital; in fact, some estimates suggest that up to 40% of bedridden patients in elder care facilities will have fecal impaction at some point. This is largely explained by the staggering 70% of these patients who have constipation, a condition with strong connections to fecal impaction. It is also fairly common among patients who have neuropsychiatric disorders like Alzheimer’s, Parkinson’s, or dementia.

The most common symptoms of fecal impaction are as follows:

As alluded to above, fecal impaction is most often caused by chronic constipation, a condition defined by having infrequent or difficult-to-pass bowel movements. Often an underlying cause, such as a lack of dietary fiber or sufficient fluid intake, will cause the stool forming in the colon to become too dry and hard, making it difficult to pass. If the underlying cause is not mitigated, the stool can stay in the colon or rectum and become increasingly difficult to pass; it can eventually become so big and dense that it is physically impossible to pass. A related problem is fecal loading, a condition where a large volume of stool builds up in the rectum that can add to or exacerbate the fecal impaction.

The kind of chronic constipation that can lead to fecal impaction can itself have a variety of causes, but the three typical factors are insufficient water intake, insufficient dietary fiber, and decreased colon motility. These are three factors often involved in elderly patients in nursing homes and similar facilities; the combination of age-related degradation of colon function, lower thirst and hunger, and lack of physical activity create ideal conditions for constipation and subsequently fecal impaction.

Regardless of the cause of underlying constipation, fecal impaction is usually treated in the same way with one of a few common methods. The choice of method is determined in part based on the severity of the condition, and many of them can be attempted at home with materials available at a local pharmacy:

If you suffer from chronic constipation it is important to address the problem before it reaches this stage. If you think you might have fecal impaction, you may be able to successfully clear it on your own with over-the-counter products. If you’re unsure about your symptoms, or the prospects of taking care of it yourself, you can also visit a qualified gastroenterologist. Contact Savannah Gastro to make an appointment and find some relief.