How Much Alcohol Is Too Much? 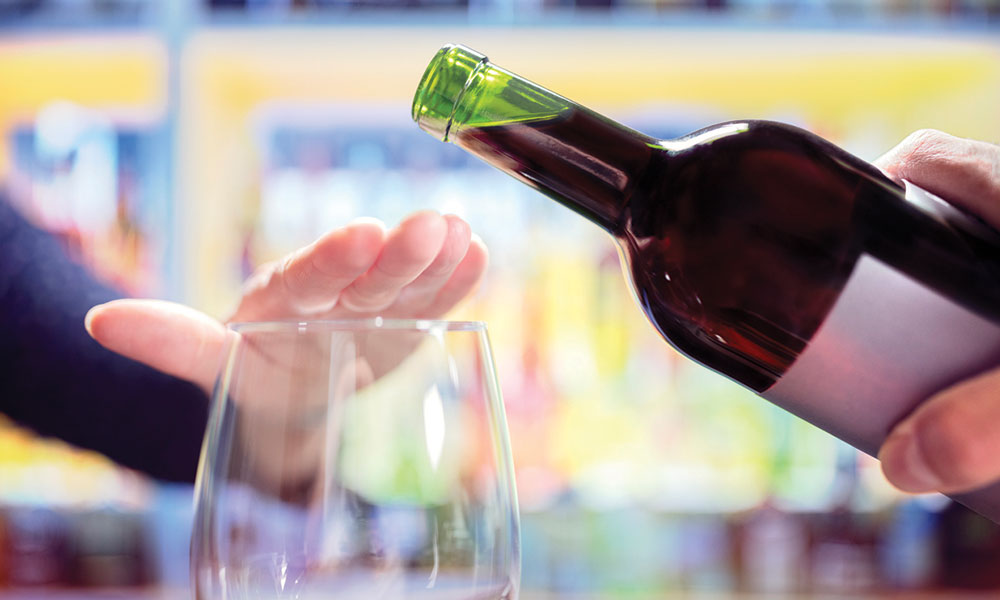 It’s the beginning of a new year, and there are quite a few people making resolutions that concern their health. Perhaps they’re trying to lose weight or quit smoking. There are also those trying to cut back on alcohol consumption or quit altogether. Even if you’re not part of the group of resolution-makers, it remains that alcohol is a topic you should discuss with your doctor, even if you only occasionally have one glass of wine. Read on to learn about some of the dangerous side effects of drinking too much, what “safe” drinking entails, and how to talk to your doctor about alcohol.

When one thinks of the word alcoholic, they may envision a person who has hit rock bottom, who may be physically sick and addicted to alcohol. While failing health directly due to alcohol is a concern for lifelong heavy drinkers and alcoholics, just occasionally “having a little too much” carries with it some negative health connotations. Alcohol is certainly linked to cirrhosis and several other dangerous liver diseases, but it has also been linked with colon cancer. The strongest risk factor concerning colon cancer is genetics, but doctors warn of several lifestyle changes patients should make to avoid the deadly disease, and drinking moderately (or none at all) is one of them. Drinking is also related to cases of hypertension, heart attack, and stroke. In women especially, heavy drinking is associated with loss of brain function, such as memory loss and shrinkage of the brain.

Knowing the definition of safe drinking is a good thing to keep in mind if you occasionally go out for happy hour or share a bottle of wine over a meal. The guidelines listed under the Dietary Guidelines for Americans 2015-2020 from the U.S. Department of Health and Human Services are very clear when it comes to imbibing. Moderate drinking is considered:

The National Institute on Alcohol Abuse and Alcoholism has a further category, low-risk drinking, where women are advised not to have more than three drinks in one sitting and seven in a week, with men allowed four drinks in one day and up to 14 in a week. Those that do drink occasionally may find these guidelines a little less restrictive, but even if you drink under moderate or low-risk guidelines, you should still speak with your doctor.

Talking to Your Doctor About Drinking

More and more adults are exceeding unhealthy limits when it comes to alcohol, and the United States Preventive Services Task Force has advised physicians to give patients a “drinking checkup” during their yearly visit. Even if you are drinking within recommended limits, it is still wise to bring up drinking with your doctor. Some studies warn that even moderate drinking poses health risks. If you often find yourself drinking more than you intended, then speaking with your doctor is paramount. There are many ways to curtail or stop drinking altogether, and your physician is your best resource to point you in the right direction.

If this sounds like you and you want to talk with a physician about damage alcohol use may have done or are suffering from gastrointestinal problems or upset, book an appointment with Gastroenterology Consultants of Savannah. We offer five different locations throughout the state of Georgia, providing you the best in care and the convenience of multiple locations.

← Is It Time For Your Colonoscopy? Risks Associated with Non-Alcoholic Fatty Liver Disease →