Ileostomy: What is it and how do you live with it? 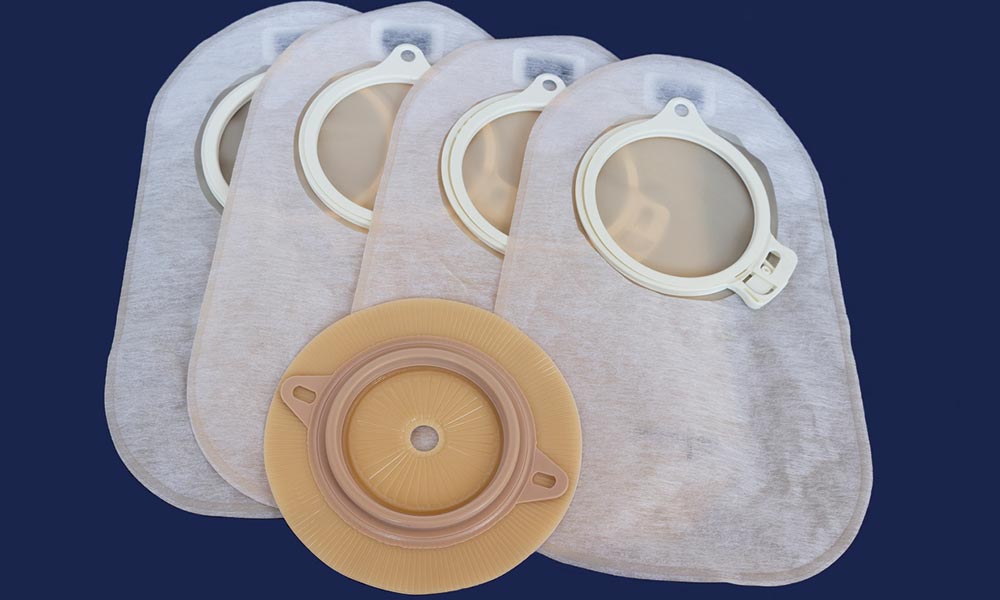 Advances in medical science are regularly responsible for saving or improving the lives of countless people. Diseases and conditions that were once thought impossible to overcome are now dispatched by doctors without much effort. Still, some of the most amazing breakthroughs still sometimes come at a cost to the norms and comforts of one’s daily life. One such medical procedure that can be challenging to adjust to in terms of physical and emotional stress is an ileostomy.

What is an Ileostomy?

An ileostomy is a specific type of stoma, which itself is a surgical opening in the body (the term can refer either to the opening or the procedure used to create the opening). Stomas are created any time there is a need for an artificial opening and passageway between a hollow organ and outside the body. An ileostomy is so named because it refers to an artificial opening between the end of the small intestine (also known as the ileum) and the surface of the skin in the abdominal area.

Most types of stoma, like an ileostomy, are used to remedy problems in different parts of the gastrointestinal system. As such, many often involve a pouch system that is used to collect body waste. An ileostomy is an example where the small intestine is routed through the abdominal wall and outside the body in order to divert waste.

Reasons for having an ileostomy

In general, an ileostomy is performed when the large intestine (colon) or rectum is no longer functioning properly. In a healthy person, the colon is responsible for the final part of the digestive process; this includes absorbing water from waste material and forming feces. Feces is then passed through the rectum and out of the anus.

There are, however, a number of conditions where these normal functions are either impaired or made extremely uncomfortable for the person. The most common reasons why a gastroenterologist would recommend an ileostomy are:

Inflammatory bowel disease (IBD): This group of chronic diseases is the most common reason to get an ileostomy, and the two main types are Crohn’s disease and ulcerative colitis. Though the various types of IBD are different, they all often include inflammation of the bowels and symptoms like bleeding, diarrhea, and abdominal pain.

Since these diseases are not “curable” in the strictest medical sense, there are often a number of treatments (often medication or dietary changes) that are attempted before surgery. If the condition persists in spite of those treatments, an ileostomy may be the last resort in order to bring the patient relief from the unpleasant symptoms.

Colorectal cancer (CRC): CRC is any cancer that develops in the small intestine, large intestine, or rectum. There are a variety of risk factors (including IBD) that can lead to colorectal cancer, but whatever the cause, the abnormal growth of cancerous cells can lead to permanent damage to the colon. In these cases, the colon must be removed (in a procedure called a colectomy or sigmoidectomy) and an ileostomy is required in place of normal bowel function.

Familial adenomatous polyposis (FAP): This inherited disorder involves benign polyps forming in the epithelial lining of the colon. While the growths start out non-cancerous, they can become cancerous later in life unless the colon is removed. As in colorectal cancer, an ileostomy would be needed after the colon is removed.

Birth defects: There have been various cases of children with anorectal malformations that develop during the pregnancy. This can include a rectum that’s too narrow, a blocked opening, or a rectum that is disconnected from the anus. In these cases, an ileostomy must be performed shortly after birth.

Trauma: It is also possible to be in a traumatic accident that causes enough damage to the intestines to warrant an ileostomy.

What happens during an ileostomy?

The common factor in virtually all the potential reasons for an ileostomy is that the colon no longer functions in a healthy way. There are some cases where the ileostomy is dealt with as a temporary solution in order to give the lower bowel time to heal. In these temporary scenarios, some or part of the colon must be removed while the rectum is kept intact. An ileostomy is then surgically created and will stay in place for 1-3 months before being reattached to the remaining part of the colon.

In situations where the ileostomy needs to be permanent, the entire colon and rectum are removed. The ileostomy thereby essentially bypasses the colon, rectum, and anus and allows feces to be passed out of the stoma and into a collection pouch. Patients who have the permanent procedure will then have to live with the collection pouch for the rest of their lives.

In either a temporary or permanent case, the procedure is essentially the same. The surgeon will create an opening in the abdomen and surgically detach the ileum (the end of the small intestine) from the large intestine. The end of the loop of the intestine is folded out and around the opening on the abdomen. The edge of the inside lining of the ileum is thus exposed to open air; the tissue is pinkish and looks a little like tissue inside the mouth. Also, since there are no nerve endings in the tissue of the ileum, the opening doesn’t produce discomfort.

Living with an ileostomy

Once the surgery is complete, it typically requires a significant effort for patients to adjust to the new reality of living with an ileostomy. Unlike the anus, which has a series of valve-like sphincters that control the flow of waste, the stoma created in an ileostomy has no such mechanism. As a result, waste matter will flow out whenever it reaches the opening. This is where the pouch system comes into play.

There are different types of ileostomy pouches that attach in slightly different ways, but they generally use a gentle adhesive to stay attached to the stoma. Though the pouch will have to be worn at all times, it is relatively easy to change and care for. Because the colon, which would normally absorb much of the water in fecal matter, is no longer present, the waste that empties into the pouch will be very liquidy; it will likely need to be changed once or twice a day.

Living with this new aspect of life has been known to be difficult for many patients. Feelings of disgust and depression are common because people worry they won’t be able to live normal lives. But the truth is that living with an ileostomy doesn’t really have to change much of a person’s day-to-day life. The same activities that everyone else participates in – sports, work, sex, etc. – are still available to someone with a stoma. The biggest difference is the little bit of extra care and maintenance that will be required to keep the stoma healthy and functioning.

Even though an ileostomy is no reason for shame or embarrassment, there are still many people who understandably require extra time to adjust to their stoma. Fortunately, there are organizations like the United Ostomy Associations of America that provide advocacy and education on this topic; they even have a directory for support groups that people can join so that they can fully understand that they’re not alone.