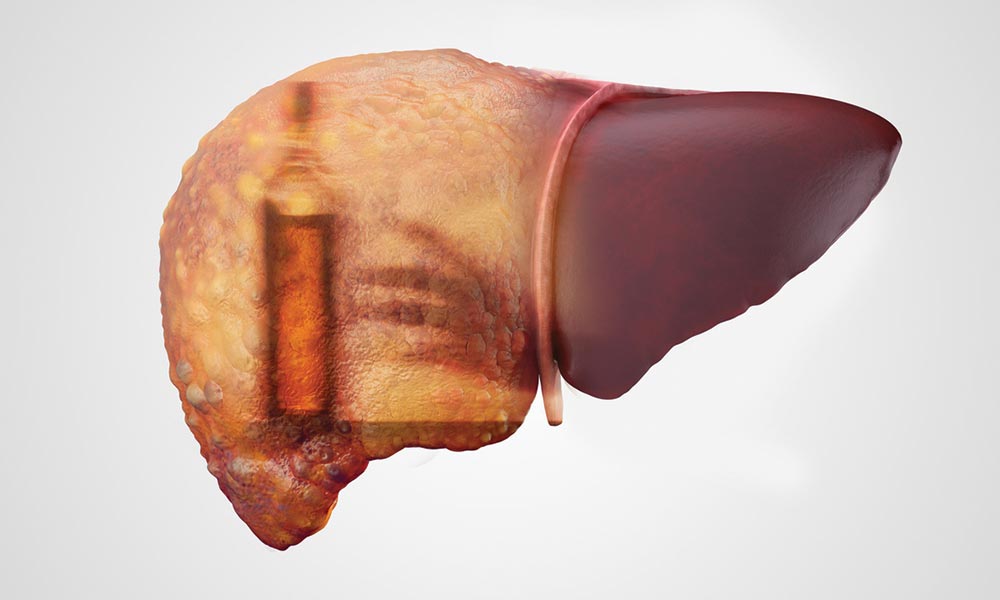 Finding out that you have a problem with your liver can be a scary thing, but it’s surprisingly more common than people realize. In the United States alone, some 30 million people are afflicted with some type of liver disease. Some of these cases are serious enough to require a liver transplant, but livers aren’t always available; of the approximately 17,000 people who are on the waiting list for a liver transplant each year, only around 8,000 are able to actually get a new liver.

Sadly, liver disease claims about 2 million people per year worldwide. The unfortunate truth is that around 95% of cases are totally preventable through healthy lifestyle choices. Nevertheless, liver disease remains a serious concern for many people. And at the core of the vast majority of these cases is the worst possible outcome: liver failure.

What Does the Liver Do?

The liver is an important part of the digestive system and overall one of the most versatile organs in the body. Tucked in the upper right quadrant and between the rib cage and diaphragm, the liver is, perhaps surprisingly, the largest internal organ in the body. In addition to holding approximately 13% of the body’s blood supply, the liver performs an astounding 500 tasks to keep the body healthy and functioning properly.

One of the liver’s most important categories of function is the tasks related to metabolism. At a core level, the liver is an elaborate filtering system; every food or beverage we consume — whether it’s tacos or medicine or orange juice — gets digested by the stomach and intestines and then eventually is absorbed into the bloodstream. All of that blood makes its way to the liver where any toxins present are filtered out and diverted to the urine or stool.

The liver’s filtering functions are also useful in the healthy makeup and functioning of our blood cells. Blood cells are the body’s primary means of carrying nutrients to other parts of the body for processing and use. In the normal course of living, some of these cells can become damaged or old; the liver, along with the spleen, filters out those old or damaged blood cells to make room for newly created blood cells.

Another aspect of metabolism that the liver manages is processing sugar that has been ingested. When the food we have eaten is digested and the nutrients have been absorbed by the intestines, the blood that carries those nutrients goes to the liver. At that point, the liver removes sugar from the blood and stores it as glycogen, a form of energy that the liver can then convert to glucose to be used by our cells.

Along the same lines as sugar, the liver is also responsible for metabolizing fats. Fats are also absorbed by the blood after foods that contain them have been broken down by the digestive system. The liver further processes fats and allows them to be stored for future use by cells. Additionally, the liver can synthesize cholesterol, a vital component involved in the creation of hormones and enzymes.

What is Hepatic Failure?

The technical medical term for liver failure is hepatic failure, a term that comes from the Greek word for liver, hepar. Hepatic failure can happen when the liver is longer capable of healthy functioning, and there are a variety of causes that can lead to this. Failure of the liver to perform its many tasks is a dangerous and life-threatening condition, and it requires immediate medical attention.

There are two main types of hepatic failure: acute and chronic. Acute hepatic failure comes on suddenly and without warning, typically in patients with no prior history of liver disease. Though it is rare, the rapid shutdown of the liver makes it extremely dangerous for the patient; even if a patient recovers, there is usually lasting damage to multiple body systems. Chronic hepatic failure, by contrast, occurs gradually because of long term damage; this usually happens in the context of cirrhosis, a condition where scar tissue has replaced too much normal liver tissue.

In recent years, a third form of hepatic failure has emerged: acute on chronic liver failure (ACLF). This type of liver failure is considered a syndrome that also happens in the context of cirrhosis. As a typically chronic disease, cirrhosis does damage over a long period of time; this timeline allows doctors to use a variety of treatment methods (including a potential liver transplant) to counteract the damage. But some patients with cirrhosis suddenly develop complications related to liver failure. In other words, this type of hepatic failure starts as chronic and then leads very quickly to acute liver failure.

As noted earlier, many causes of hepatic failure are totally preventable. So while there are a small number (about 5%) of causes that can be attributable to genetic and autoimmune disorders, the vast majority (about 90%) are due to three main risk factors:

Alcohol: Excessive consumption of alcohol is related to many harmful medical conditions, and liver disease is no exception. When a person drinks more alcohol than the liver can process at one time, the excess alcohol remains in the bloodstream and circulates throughout the body (hence intoxication); over time, a pattern of heavy drinking (also known as alcohol abuse) starts to destroy liver tissue that is then replaced with scar tissue. There are three primary types of alcohol-related liver disease that can lead to liver failure:

Viral Hepatitis: When the hepatitis virus is in the body, it affects the liver by causing inflammation. Some types of hepatitis can be contracted through contaminated food or water, but in the United States, it is much more likely to be through sexual contact or the sharing of needles, especially in drug use contexts.

Obesity: The effect of being obese (or having diabetes) is surprisingly similar to the effect of alcohol on blood sugar. When we ingest more calories than our body needs, it is stored as fat; over time, the added weight can decrease the body’s insulin resistance and consequently cause substantial problems for blood sugar levels. Ultimately this means that there are free fatty acids circulating in the blood that can then accumulate in the liver.

Depending on the underlying cause, the symptoms of liver failure can take potentially many years to develop, and sometimes those symptoms can be similar to other conditions. Generally, though, there are some common symptoms of chronic liver failure:

Over time, as the condition advances and the liver continues to deteriorate, there may be additional symptoms:

In cases of acute liver failure, which can sometimes happen while chronic liver failure has been occurring, the liver rapidly shuts down and has related symptoms:

A hard truth is that the kind of liver damage involved in chronic or acute hepatic failure is not reversible. As a result, treatment options will vary depending on the severity of the damage. For patients with chronic hepatic failure, the main treatment is immediate lifestyle changes: avoid alcohol and salt, cut down on foods like red meat and cheese, and find ways to lose weight and reduce blood pressure.

For acute hepatic failure, the circumstances are often dire as a result of the sudden onset. Hospitalization will be required, along with close monitoring. Treatment includes intravenous fluids, laxatives or enemas to flush out toxins, and careful control of blood sugar levels. In some cases, a liver transplant may be necessary. It is also possible to have a partial transplant of a healthy liver.

If you have a history of alcoholism, diabetes, or obesity, you might be at risk for hepatic failure, and you may not even be experiencing any symptoms. If you are experiencing some of the symptoms noted here, however, you’ll want to make an appointment with a gastroenterologist. Contact Savannah Gastro today to talk with a doctor about your symptoms and get the excellent care you need.