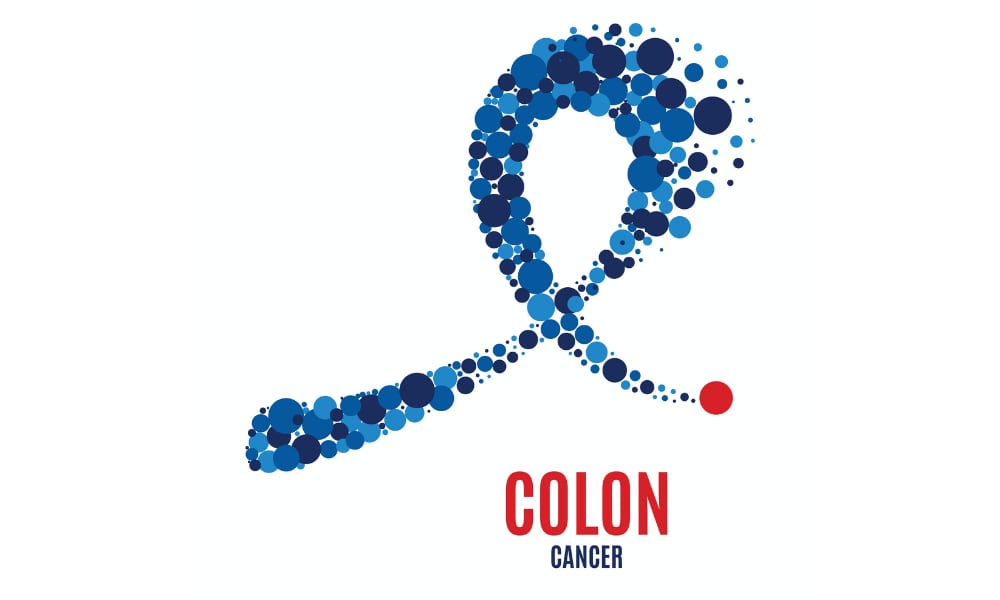 As we approach March and National Colorectal Cancer Awareness Month, it’s the perfect time to schedule a colorectal cancer screening. Colorectal cancer is the second-leading cause of cancer death in the United States, and each year 140,000 people are diagnosed and over 50,000 die from it. The sad truth is that simple screens can dramatically increase the chances of catching it early when treatment options are diverse and the 5-year survival rate is 90%. If you are an adult aged 50 or older, getting screened is the simplest way to make sure you’re healthy and cancer-free.

What Does the Colon Do?

In terms of the digestive system as a whole, the colon is the final stop in a somewhat elaborate process. It begins, naturally, with food being chewed up in the mouth and making its way down the esophagus to the stomach. Once in the stomach, digestive juices and a series of muscle contractions work to break down the food into a semi-liquid substance called chyme. The chyme then moves to the small intestine where additional digestive juices with digestive enzymes break it down even further and allow nutritional components to be absorbed by the small intestine and then carried around the body by the bloodstream.

After the digestive process in the small intestine is complete, the resulting mix of waste materials moves into the colon. Even though the colon doesn’t technically play a role in the digestion of nutrients, the gut microbiota present in the colon can utilize the waste materials to synthesize valuable vitamins. Primarily, though, the colon serves to absorb water and electrolytes from the waste. And by the time this material has reached the sigmoid colon, the mostly solid stool has formed that will be ready to be passed through the rectum and anus.

What is Colorectal Cancer?

Like any cancer, colorectal cancer is a condition where an abnormal overgrowth of mutated cells grows and can eventually spread throughout the body, causing substantial damage to tissues and organs. In this case, cancer begins in the colon or rectum; both types are often grouped together due to their similarity and proximity. As noted earlier, colorectal cancer affects tens of thousands of Americans every year, typically those are aged 50 or older.

In the vast majority of cases, colorectal cancer begins with small growths on the inner lining of the colon called polyps. These fleshy masses are often benign at first, but they can become cancerous over time. Some polyps, such as the inflammatory variety that can accompany irritable bowel syndrome, are very unlikely to lead to cancer; hyperplastic polyps are another type that has low malignancy potential. One type that is considered precancerous (and thus likely to lead to cancer) is an adenomatous polyp, and its subtype villous adenoma is the most likely to lead to cancer.

The symptoms of colorectal cancer often only present after cancer has progressed or spread to other areas, so they aren’t very useful as diagnostic tools. Additionally, many of the symptoms are shared by other gastrointestinal diseases like irritable bowel syndrome, inflammatory bowel disease, or hemorrhoids. But when symptoms of colorectal cancer do appear, they typically present in the following ways:

What is the Cause of Colorectal Cancer?

Unfortunately, doctors don’t fully understand the cause of colorectal cancer or cancer in general. Some research has shown strong links between certain risk factors and colorectal cancer, but the full story of their impact is still being studied. What is known with a fair amount of confidence, however, is that cancer starts because of mutations in the DNA of certain cells. Oncogenes provide cells with instruction for cell division and growth, and tumor suppressor genes regulate the potential for cellular overgrowth; mutations to both types of genes are thought to be involved at the beginning of cancerous growth.

Where the research starts to get unclear is why these mutations occur in the first place. One possibility is that they are inherited from ancestors; an example of this is familial adenomatous polyposis (FAP), a condition that can lead to colorectal cancer due to the presence of numerous adenomatous polyps. A more likely scenario is that the mutations aren’t passed on and instead can be acquired during the course of life. In both cases, a type of tumor suppressor gene called APC seems to be involved in the initial mutation; this gene is likely because of its function as a “brake” on cellular overgrowth.

The risk factors for colorectal cancer are important considerations, especially when a doctor needs to determine the frequency of testing as people get older. Those with higher risk are encouraged to get tested earlier (typically age 45) and more often. The main risk factors identified by the American Cancer Society are divided into factors one can control and factors one can’t control:

In order to organize options for treatment and the progression of cancer in patients, doctors use a staging system. Treatment varies based on the stage of development, and it runs from stage 0 (very early) to stage IV (very advanced):

It’s Time to Schedule a Screening

The goal of National Colorectal Cancer Awareness Month is to raise awareness of both colorectal cancer and the importance of getting screened early. If you are 45-50 years old and have yet to be screened for colorectal cancer, contact Savannah Gastro to make an appointment. Our board-certified gastroenterologists are passionate about making sure that any incidences of colorectal cancer are caught early so that patients have the best chance to get the treatment they need.