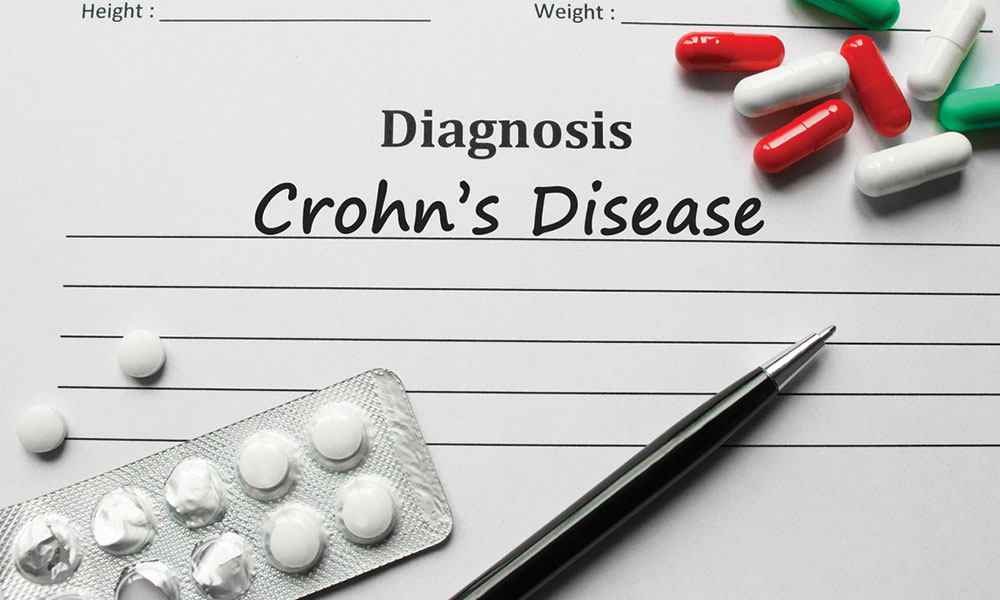 If you already suffer from Crohn’s disease, you’re likely already experiencing some uncomfortable symptoms that can be hard to manage, such as abdominal pain and fatigue. However, beyond general malaise, researchers have recently discovered a link between moderate sleep disturbances and Crohn’s disease, especially if you have a persistent case of Crohn’s. Read on to learn more about Crohn’s disease and its symptoms, the result of this recent study, and how to manage your symptoms to improve your quality of life.

What Is Crohn’s Disease?

Several different conditions are the result of inflammation of the gastrointestinal (GI) tract, and Crohn’s disease is one of them. Other conditions often diagnosed and discussed include ulcerative colitis and inflammatory bowel disease (IBD). It is important to note that irritable bowel syndrome (IBS) is not a chronic disease nor the result of inflammation of the GI tract, yet it is often mistaken for IBD. It is a non-serious, yet cumbersome, disorder that affects the muscle contractions of the bowel. It is often successfully managed with both lifestyle changes and medical treatment.

IBD is an umbrella term that covers both Crohn’s disease and ulcerative colitis (UC) as well as a less severe form called microscopic colitis. Patients are diagnosed with a specific form of IBD, either Crohn’s disease or ulcerative colitis. UC is found almost exclusively in the colon while Crohn’s disease can be found throughout the entire digestive tract, from the mouth to the anus, but most commonly occurs in the small intestine. While UC appears as one continuous line of inflammation, Crohn’s can appear in patches anywhere throughout the colon, which can make managing symptoms extremely challenging. The causes of IBD are unknown; however, they are considered autoimmune disorders and research is pointing more to genetics as the precursor.

Symptoms of Crohn’s disease can at first appear like other, milder GI problems, so patients may put off visiting a doctor. The most common symptoms include abdominal cramping, diarrhea, and unintended weight loss. However, Crohn’s can vary widely in ranges of severity, and patients diagnosed with moderate-to-severe Crohn’s experience additional and worsening symptoms, such as vomiting, fever, abscess, anemia, and extreme fatigue. Another sign of early Crohn’s disease is rectal bleeding, which is a symptom that should always prompt a visit to the doctor, as it may be a sign of other gastrointestinal issues as well.

Many patients with Crohn’s find that their disease is well-managed with proper diet and lifestyle changes, the appropriate physician, and in some cases, the proper medication. However, many of the medications used to treat Crohn’s disease treat the inflammation, but not all symptoms associated with it. Those with moderate-to-severe Crohn’s may experience sleep disturbances that are further harming their quality of life.

In a recent study, researchers looked at the quality and length of sleep in patients that suffer from Crohn’s and inflammatory bowel disease. Overall, it was discovered patients with Crohn’s slept less efficiently and stayed awake longer at night, which was affecting their quality of life. This is an important point to discuss with your doctor, as typical Crohn’s treatments (like biologics) do not address sleep issues directly. If you find you are suffering from poor sleep, let your physician know so they can help. Proper rest is imperative to quality of life, and you still may feel fatigued and unhealthy, even if your Crohn’s treatments have overall been successful.

If you need more information about Crohn’s disease or UC, or you need care to help manage your systems, book an appointment with Gastroenterology Consultants of Savannah today. We offer five separate Georgia locations, including two in the Savannah area, to provide you with the best of care.